An excerpt from "More People to Love: How the Bible starts in a garden and ends in a city and what that means for you." 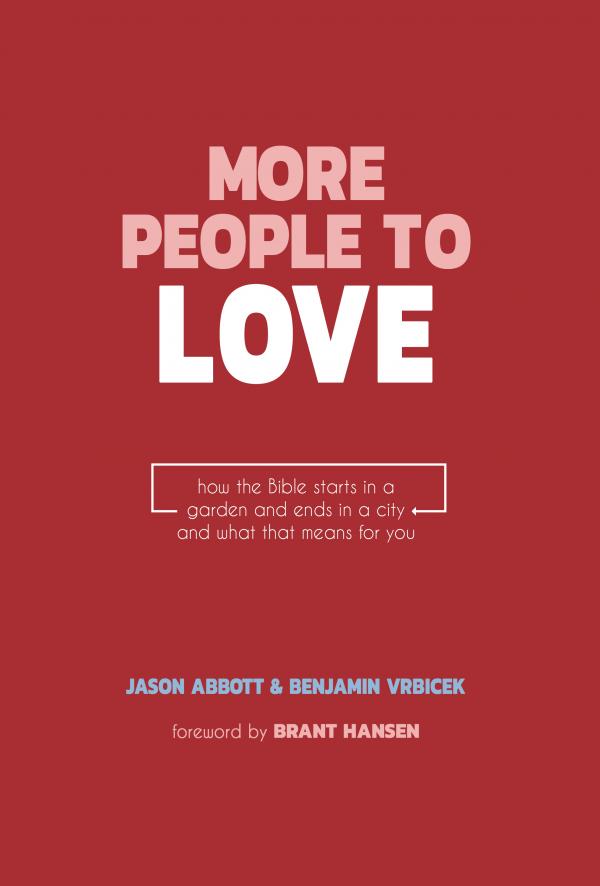 Back in 2012, the church I [Benjamin] was serving was growing rapidly. Someone needed to evaluate the current trends and create a plan to accommodate the growth. I drew from my former career in engineering, opened up Microsoft Excel, and took a hard look at our attendance data. I created pretty graphs and conservative growth projections for the next few years, and I sent them to the staff and elders.

At that time, I was primarily viewing the new people as more of a problem than a blessing. As the pastor who was charged with overseeing the connection of newcomers to the church, in a sense, it was my problem to worry about.

The line on the graph representing attendance might as well have been labeled “Benjamin’s workload.” For every fifty new people, could I really keep adding five hours to my workweek? At some point, simply trying harder wasn’t going to solve the problem. (Again, there’s that word, problem.)

Then, just a few minutes after I sent my concerned email with the newest projections, I received a reply from John, one of my fellow pastors: “More people to love.”

That’s all it said. I remember staring at my computer screen. The contrast between my approach and John’s was stark. He was ready for adventure and ready to see his story, and the story of our church, in light of the Big Story of the Bible. I was not.

Today, in the providence of God, I’m at a new church, and the situation is similar: a growing church, a growing workload, and growing fear. Then I remember John’s email, and I’m encouraged, even excited. It reminds me that the Big Story of God is about the love of God growing and expanding.

John’s email reminds me that what started with two people in a garden ends with a multitude in a city. And while faithfully living inside this story has always been hard, it’s also always worth it—because God is worth it.

Reprinted with permission from More People to Love, by Jason Abbott and Benjamin Vrbicek (Fan and Flame Press, 2016).

Episode 115: The Church: A Visible Community by Dr. Michael Lawrence